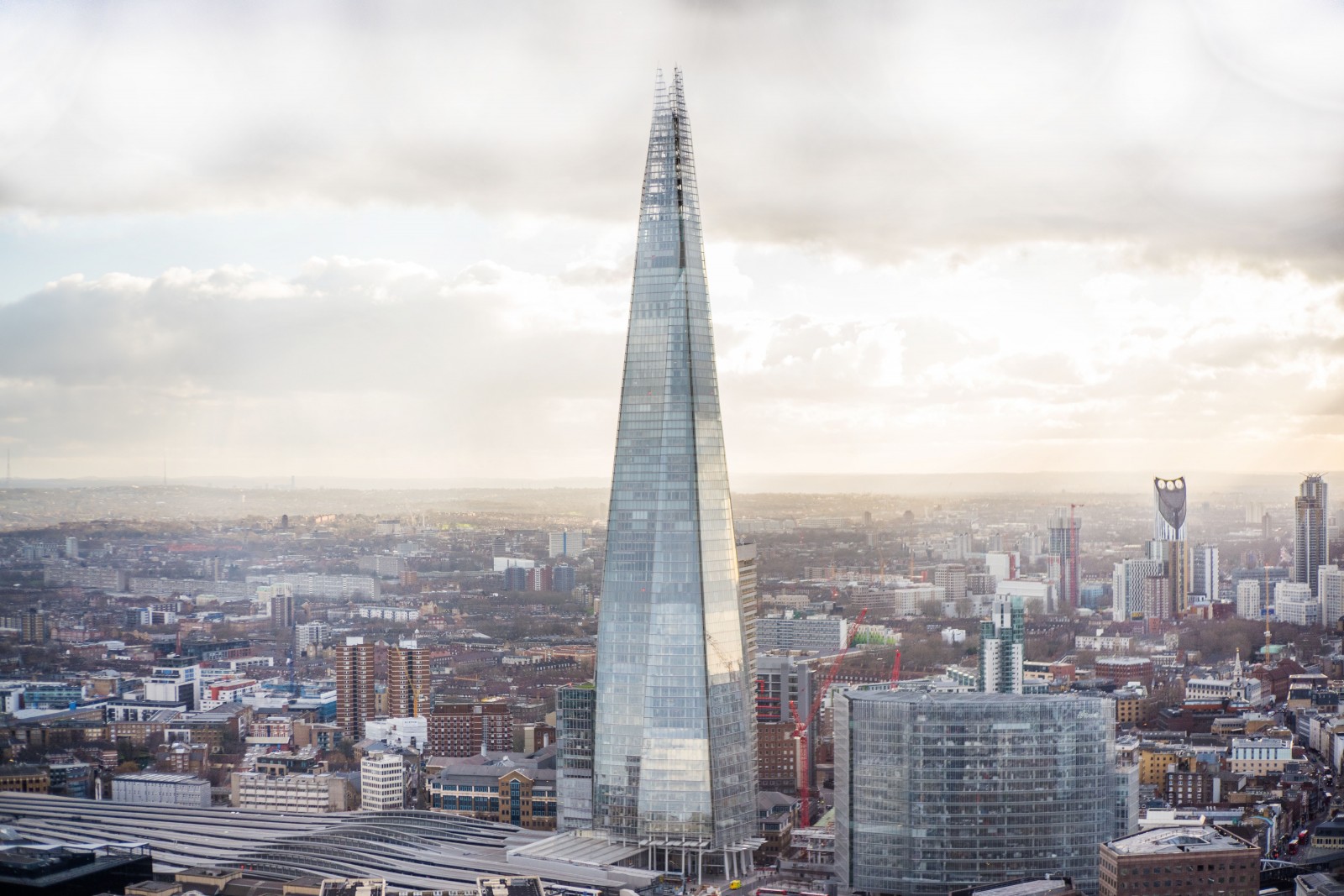 The UK has, in most recent times, seen some of the biggest and most challenging construction projects come to fruition. In this article, we look at some of the toughest challenges faced by the build teams, architects and civil engineers and how they were overcome, along with the unique design features they created for The Shard and Battersea Power Station.

The Shard – The tallest building in western Europe.

London Bridge Tower (or The Shard as it is better known), one of London’s most iconic buildings, was masterminded by Irvine Sellar (Sellar Property Group), London Bridge Quarter Ltd and Italian architect Renzo Piano. Built for commercial, residential and public use, the Shard stands at 306m and draws over one million people to its viewing gallery every year. The construction of the Shard was a direct result of former London Mayor, Ken Livingstone’s, urban vision for encouraging high-density development at key transport hubs in The City. This sustainable urban project was developed to discourage car use and help reduce traffic congestion in London city centre, and relied heavily on the immediacy of good public transportation hubs.

The Shard and its Civil Engineering Challenges

Built on the South Side of the River Thames, the underlying water table levels of 4m below ground level and high permeability at gravel level presented the greatest challenge in keeping the Shard’s basement dry. Dr Richard Mawer MIStructE, associate director WSP, explained, “The presence of water at this level meant that the piles needed Bentonite. Roads, utilities and railway infrastructure all surrounded the construction site, which meant the design and construction of the substructure, being critical to the project, was immensely challenging to design and build.” The WSP design team’s solution was to develop a top-down construction for the three-level basement, including the first major core construction top-down in the world. Plunge columns were embedded into the wet concrete of the pile as a temporary support system for the core and the floor slabs, while further excavation work took place below. A secant pile wall (formed by constructing intersecting reinforced concrete piles) was used to retain the ground, prevent water infiltration and minimise movement of sounding features.

Designing and constructing a 500-tonne spire at challenging heights

Construction of the 500-tonne spire caused other issues, as it had to be built safely and quickly at a great height. Designing the spire to meet these challenges was critical. Dr Richard Mawer explains, “It was designed in a series of prefabricated modules that each weighed less than eight tonnes (the maximum light weight of a crane), and small enough to be transported from their construction site in Yorkshire without the need for Police escort. This method of construction minimised the amount of crane lifts and the number of connections to be made at the top of the building, thereby speeding up the build process.” It also proved to be a very safe way of connecting ‘the spire’; the Shard’s landmark design feature. The Shard comprises 11,000 white glass panels, which reflect the changing colours and mood of the sounding sky line; one of Renzo Piano’s original architectural design features.

Battersea Power Station is much loved, not just in the UK, but internationally, as a UK landmark on the Thames shoreline. The Grade 2 listed site, which has remained empty since 1983, is being transformed into a 42-acre miniature luxury urban quarter. The site’s original brown field status and riverside location has contributed to the many challenges faced by the engineering team, which included flooding risks and water resource management. BuroHappold Engineering worked closely with Stakeholders, the Environment Agency (EA) and Port of London Authority (PLA) to design and implement a flood risk plan, and put measures in place to mitigate any risks and safeguard the site for years to come.

Utilising the underground tunnels that drew water from the Thames to power the stations turbines was one way of safeguarding from the risk of flooding.

The cranes and the chimneys are very distinctive visual features of Battersea Power Station. The cranes were decommissioned when the site was closed in 1983. Being left open to the elements for so many years, the cranes and chimneys deteriorated and became unstable – the cranes in particular contained hazardous materials that needed to be dealt with in a secure off-site location. For this reason, the cranes were dismantled into movable sections and taken by barge to port of Tilbury in Essex, where they are undergoing restoration. Once restored, the cranes will be reinstated as a heritage feature on the jetty when the new public park and Thames Path extension opens in 2019. The NLE tunnelling works are due to be completed in 2020.

The original chimneys were built in the thirties and fifties, and decades of exposure to sulphur in the smoke from huge boilers has contributed to their decline. It was thought by critics to the regeneration scheme that once the chimneys were dismantled they would never return. However, Malaysian developers, Sime Darby Property and SP Setia, felt it was only fitting for a program of restoration work to be carried out on the chimneys and have them reinstated. They now stand proudly against the Thames landscape. The chimneys also have a couple of interesting design features – externally, they look exactly the same as the old chimneys that stood in their place. The concrete used has not been mixed with salt water from the Thames as was the case with the originals, which caused the metal works within the Chimneys to rust. Instead, they have been fitted with lighting that will enable residents in the area to get a good night’s sleep. As explained on the Battersea Power Station website, “The new illumination system of the Battersea Power Station chimneys is programmed to be aware of sunset and sunrise. As the sun sets, the chimney floodlights illuminate to 2800K, not dissimilar to an old-fashioned ‘warm’ white lightbulb and well down out of the blue range. This provides an impressive spectacle until the lights shut down at the end of the evening to save power, but it won’t delay anyone’s sleep cycle, reduce their melatonin production, or impair their alertness and performance the next day.”

If you are looking for a career or role that provides you with technical engineering challenges that will shape our landscapes for future generations to come, then Conrad Consulting can work with you to ensure your career aspirations are met and you are placed in a firm that will give you the role you are seeking. For more information or to talk to one of our civil and structural consultants or call us today on: London Office: 0203 890 7336

Question, comments or want to be the first to hear about future discussions?